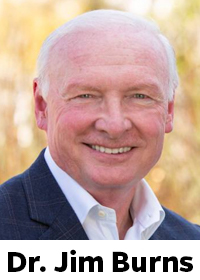 Engineers are problem solvers. I started out with a degree in biology but became a bioengineer because I wanted to solve problems that could make a difference for patients. One of the most important steps I took in becoming a bioengineer was pursuing a postdoc in the Materials Science & Engineering Department at the University of Florida under Professor Gene Goldberg. As an engineering post-doc, I learned that scientific rigor and analytical thinking went hand-in-hand with working collaboratively on teams to get things done; a way of working that has served me well throughout my career as I progressed from the lab bench working on biopolymer-based products to CEO of a genetic engineering company.

My first position following my post-doc was with Genzyme Corporation. Genzyme was a different type of biotechnology company as it had made the strategic decision early on to invest in developing biologics-based therapeutics for rare diseases, and also to focus on biopolymers for medical applications. As the first employee in the biopolymers group, it was my job to build a lab, hire personnel and identify product development strategies for surgical products. We established critical proof-of-concept work that ultimately led to the development of a number of surgical products, most notably Seprafilm adhesion barrier, which is still the only FDA-approved product for abdominal and pelvic surgery. Ultimately, the success in surgical products led to building and leading teams in the field of genetic engineering including most recently in CRISPR-based gene editing and RNA targeted gene therapy.

I will provide a description from a product perspective of a journey that started with the use of biopolymers for surgical product applications to the manipulation and engineering of the ultimate biopolymers – DNA and RNA – to treat human disease.

Dr. Jim Burns joined Locanabio in December 2019 as CEO and member of the Board of Directors. Locanabio is focused on engineering RNA targeted therapies for treating genetic diseases.  Prior to joining Locanabio, Dr. Burns served as the chief executive officer for Casebia Therapeutics and led the team in discovering and developing new CRISPR/Cas9-based therapeutics to treat blood disorders, blindness and heart disease. Prior to Casebia, he spent the bulk of his career at Sanofi-Genzyme, where he held several leadership roles with increasing responsibility, including heading the biopolymer product development group, North America Site head for R&D where he coordinated R&D operations across key therapeutic areas as head of Sanofi-Genzyme R&D. Dr. Burns is a former board member of MassBio, a member of the National Academy of Engineering, is a member of the External Advisory Committee for the Biomedical Engineering Department at Boston University and is former President of the Society for Biomaterials. He also served as the industry representative for the Food and Drug Administration General Plastic Surgery Panel. Dr. Burns earned a Bachelor of Science degree in biology from Purdue University and Master of Science and Doctorate degrees in bioengineering from the University of Illinois-Chicago, where his thesis work focused on drug delivery. Following his graduate studies, he was a post-doctoral researcher under the direction of Professor Gene Goldberg at the University of Florida.

The Eugene Goldberg Lecture Series was founded in 2019 to honor the enduring legacy of Dr. Eugene Goldberg and the lasting impact he had on his students at the University of Florida. The fund provides support to bring top industry leaders, visiting professors and scholars to deliver a lecture/lectures, engage with our students and faculty and participate in other activities during their visit.

Prior to joining the University of Florida, Dr. Goldberg was hired as a research chemist at General Electric Chemical Division in Pittsfield, Massachusetts where he discovered and, as co-inventor, developed a new class of high impact, thermally stable aromatic polycarbonates, namely Lexan. In 1966, he was hired by Xerox Research as the Director for the Chemistry Research Laboratory where he pushed the boundaries of electro-chemistry, biochemistry and the biomedical sciences.