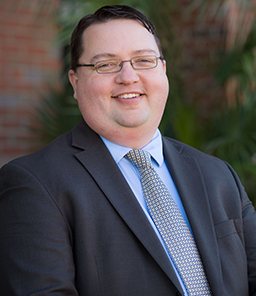 Dr. Michael Tonks received his Bachelor of Science in 2001 and Master of Science in 2002, both in Mechanical Engineering from Brigham Young University and his Ph.D. in Mechanical Engineering from the University of Illinois at Urbana-Champaign in 2008. From 2009-2015, he worked as a Staff Scientist and Group Lead at the Idaho National Laboratory. His research there would eventually earn him the Presidential Early Career Award for Scientists and Engineers (PECASE) award in January of 2017.

Dr. Tonks joined the University of Florida as an Associate Professor in 2017 from the Pennsylvania State University, where he served as an Assistant Professor from 2015-2017.