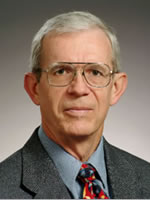 If you’ve recently held a smartphone, you were probably looking at a liquid crystal display (LCD). Using ink-jet printing methods and a patented liquid material developed at the University of Florida, NanoPhotonica has developed a quantum dot LED display that they say uses less energy and offers better picture quality than any other display on the market. The technology, known as S-QLED, reportedly costs 50 percent less to operate and 75 percent less to produce. NanoPhotonica has also used this material, which is teeming with semiconductor nanocrystals, to manufacture thin film solar panels. In addition to reducing production costs and improving efficiency, they have found that it tripled the life expectancy of the panels. NanoPhotonica’s management team includes Dr. Paul Holloway who is the chief scientist responsible for developing NanoPhotonica’s patented material.