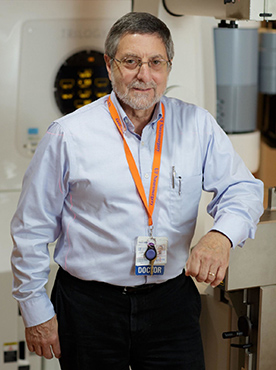 The American Association of Physicists in Medicine recently awarded Dr. Frank J. Bova the Edith Quimby Lifetime Achievement Award for his work in radiosurgery. The award is given to members of the association who have made significant contributions to medical physics throughout their career.

Bova holds 13 patents for mechanical and computer systems used in radiosurgery, with the first awarded in 1992. He most recently patented a robotic imaging platform to provide integrated navigation capabilities for surgical guidance, the release said.

Bova received his doctoral degree in Nuclear Engineering Sciences with a specialization in Medical Physics from the University of Florida in 1977. He co-founded the UF Radiosurgery Program in 1985 in collaboration with Dr. William Friedman. Their work has produced multiple patents for mechanical and computer systems associated with radiosurgery and image guided procedures, according to a UF Health news release.

The UF Radiosurgery Program has treated more than 4,600 patients. In 2014, Bova was recognized with both the UF College of Medicine Lifetime Achievement Award and as Office of Technology and Licensing Inventor of the Year.

Bova is the Principal Investigator for the McKnight Brain Institute Radiosurgery/Biology Laboratory from which his team supports clinical image guidance for UF Health Hospitals and develops new technologies in the areas of image guidance, computer-assisted neurosurgery, mixed-reality simulation, and radiosurgery. Bova also holds joint appointments at UF in the Herbert Wertheim College of Engineering and the College of Veterinary Medicine.