Organic photovoltaic (OPV) devices could convert the solar irradiation into electrical power with the advantages of low cost, flexibility, light-weight, etc. This fantastic technique drew much attention due to the recent surge in device performance. These improvements are mainly attributed to the development of new materials and device engineering, including non-fullerene acceptor, morphology control, interfacial engineering, and device architecture design. In this presentation, I will talk about the design and the fabrication of highly efficient polymer and hybrid solar cells by using non-fullerene acceptor, enhancing light absorption, improving charge carrier mobility, interface engineering and so on. By designing the multi-functional novel hole transport materials, high power conversion efficiency up to 18.6% was delivered for organic-inorganic hybrid perovskite solar cells. We designed and synthesized new non-fullerene acceptors matched with P3HT donors, and the best power conversion efficiency over 6 % with an extremely high open-circuit voltage of 1.14 V as well as the better thermal stability is obtained. The highly efficient large area organic solar cells with the best efficiency over 7% on a 4 cm2 flexible sheet have also been demonstrated by carefully designing the transparent electrode.

Dr. Hongzheng Chen joined Department of Polymer Science & Engineering at Zhejiang University after obtaining her PhD degree at the same university in 1994. She became a full professor in 1999. She visited Antwerpen University and Interuniversities MicroElectronic Center (IMEC) in Belgium during 1999-2001 and Stanford University in 2005 and 2007 as a visiting Professor. In 2000, she was granted a Youth Chemist Honor of Chinese Chemical Society. She was also selected for the century scholar training project from the Ministry of Education of China in 2001, and received the award of the outstanding young scientist fund of the National Science Foundation of China in 2002. 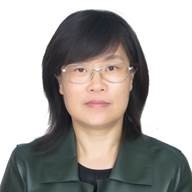